Industrial Oil Flushing Techniques for the Equipment in Your Plant

Most manufacturing and processing plants have a web of interconnected machines tasked with executing various functions. Examples include crashers, blenders, conveyor belts and packaging machines. The machines have lubrication systems that keep them from overheating and wearing because of friction. Essentially, the lubrication system contains a suitable oil that acts as a softener and absorbent for all the unwanted heat energy. When the oil sits in the system for a certain period, the heat and mechanical forces deprive it of the excellent qualities that it should have. You need to flush the lubrication system and replace bad oil. Here are some of the techniques you can use for this process:

The double oil change technique is one of the most popular methods used for oil flushing in an industrial setting. It is also quite easy and straightforward in terms of execution. It involves draining the fluid from the lubrication system to remove all the contaminants and dirt suspended in the oil. This will leave some of the contaminants stuck and holding into the pipework. Next, a suitable solvent is poured into the system, followed by some heating, circulation and drainage. The new solvent removes all the contaminants stuck on the lubrication system. You can repeat this second step a couple of times until you are happy that your lubrication system has no residual pollutants. Finish with an introduction of fresh oil into the system.

The simple and advanced power flush requires a filter cart designed specifically for oil filtration. The cart sits in the flow channels of the oil to trap all the contaminants. During the process, you can introduce a piece of wand-like equipment to direct the oil flush as required. You can restore the normal flow of the lubricant when the filter cart removes all the contaminants.

Chemical power flushes come in handy when there are negligible mechanical problems with your equipment. However, this does not mean that the process cannot remove tough contaminants from the oil. The specialised chemicals break down the pollutants into harmless compounds that do not affect the integrity of the oil. Refrain from using detergents and acids because they will damage the hydraulic system. They should only come in as a last resort. 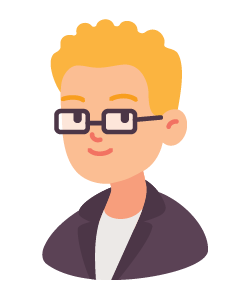 Hello! While the subject of the industrial sector might not seem like something very interesting, the truth is it can be a fascinating thing to find out about. I was inspired to start this blog by my good friend Bill. Bill has worked in the industrial sector for about 30 years. He kind of knows everything there is to know about the subject. For the past couple of months, I have been visiting Bill's home and learning all I can. He has really taught me a lot. Until i started chatting with Bill you could fit what I knew about this subject on the back of a matchbox.